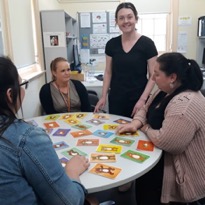 —using Reflexions and The Bears during a student placement

Recently we spoke to Crystal Gordois, a third year social work student on placement with Anglicare Victoria, who shared some reflections on her decision to become a social worker.  While on placement in the Home Based Care team, she discovered some of St Luke’s Innovative Resources’ card sets and had a go at using them with her team and with a carer she was working alongside.

Crystal says she made the decision to move from a career in early childhood to social work as she had a desire to support young people who were having a tough time.

‘I had a challenging childhood with quite a few family issues, and after working in the early learning field for some time, I began to feel that I could use my early life experiences to really help other young people who were going through similar experiences. So I made the decision to undertake a degree in Human Services and a Masters of Social Work at La Trobe University in Bendigo.

‘I was placed with the Home Based Care team at Anglicare Victoria in Bendigo. The thing I was most looking forward to on placement was seeing how my studies and all the theory translated to working in the field.

‘I was placed in a team of five and shared my time amongst them to get the most varied experiences that I could. I felt that this would give me the best chance of making the most of the experiences that were made available to me.’

The Home Based Care team supports children to live in a safe, secure and nurturing place while their family is unable to care for them. They work alongside both the children and carers.

‘I wasn’t previously aware of the resources, but I was quickly introduced to them by my team leader. My first experience was with a set of the Strength Cards—the team used these cards in their short team catch-up in the mornings called ‘Bump’, where each member of the team took a turn telling the group about their plans for the day, their challenges and if they required assistance.’ 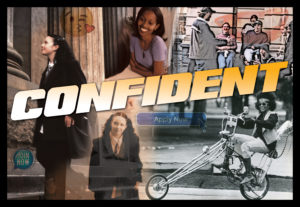 Crystal then took the opportunity to use the Reflexions cards herself and facilitated a conversation in a team meeting.  She hoped that by using the cards, the conversation would be enhanced and people would feel encouraged to share their thoughts and experiences more readily.

‘During Home Based Care team meetings everyone identifies a strength and a challenge that they have faced since the last team meeting. I thought this would be the perfect time to add another element and utilise some strengths-based cards.

‘Everyone engaged in this process and it sparked discussions among smaller groups about where else in their practice they could use the cards.’

While on placement, Crystal worked alongside a number of carers and children in care. During one meeting with a carer, she decided to use The Bears cards with the hope that they would lead to a more meaningful conversation.

‘I utilised The Bears cards in my first carer supervision. This took place in the carer’s home. I’d met the carer on a few occasions previously and had noted that they had a really positive sense of self and were very open to communicating about all areas of their life. I chose The Bears cards with the hope that they would allow for deeper conversations to take place and the carer would feel supported and heard. 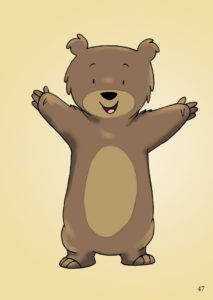 ‘I explained the idea of strengths-based practice and showed the cards to the carer, assuring them that there really was no right or wrong way of using them. The carer was happy with this and engaged well, choosing cards that they felt represented their feelings about their current circumstances.’

Crystal observed that the cards were also useful in sparking conversation between the carer and the child in her care.

‘A child in the care of this particular carer was also present. This added another element to our conversation as the child and carer discussed the question that had been asked and the carer asked the child what they thought. Both the carer and child then chose cards that they thought best reflected their answer to that particular question.’

« When a family reconnects Reflections from the shadow side »
↑