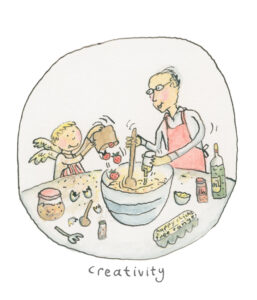 The gift of giving

A gift is not always something that is wrapped up with brightly coloured paper. Not all gifts are the kind you can place under a Christmas tree or tuck under your arm when attending a birthday party. While tangible gifts can be utterly delightful (and sometimes disastrous) many gifts are not ‘things’ at all.

On a daily basis most of us give and receive gifts that are intangible. Such intangible gifts may come in the form of encouragement in times of need, good advice, a smile or a helping hand, or someone enacting a virtue such as honesty or patience.

Whether a gift comes wrapped in polka dot paper or is of the intangible kind, giving has a wonderfully circular 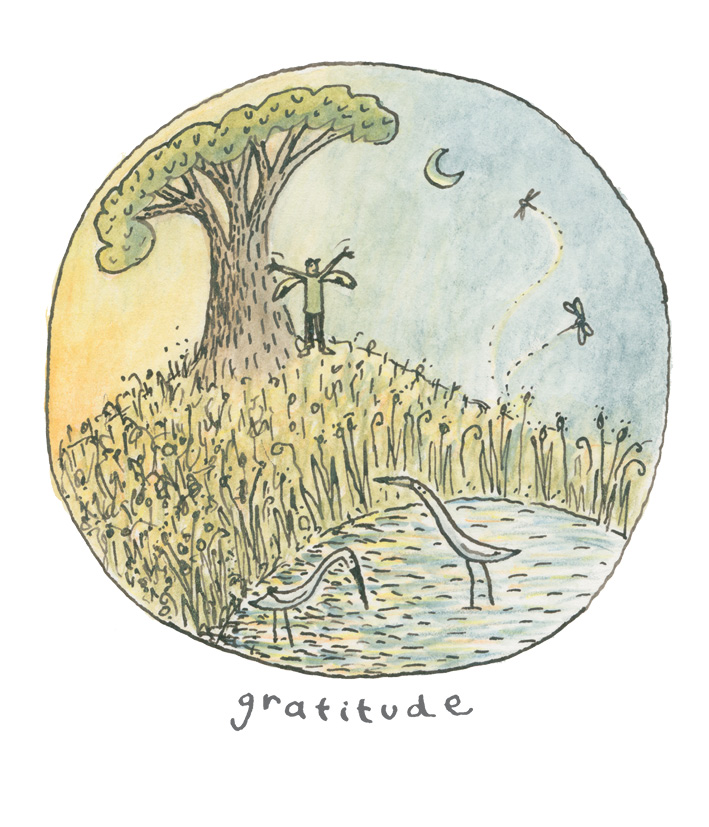 quality. You could almost call it ‘Janusian’, a word derived from ‘Janus’, the ancient Roman God who is represented by a head with two faces—each facing in opposite directions. When a gift is given, the benefit flows to the recipient and in the opposite direction back to the source—the giver. It is the recipient who receives the gift and yet it is the giver who experiences the fruit of their own generous action; the intangible inner atmosphere that is generated via the very impulse to give.

What is the effect of such giving on the giver? One person’s story can serve as inspiring testimony about this: One month after her wedding day, thirty-three-year-old Cami Walker was diagnosed with multiple sclerosis. She was soon in and out of emergency rooms with alarming frequency as she battled the neurological condition that left her barely able to walk and put enormous stress on her marriage.

Then, seeking relief for her condition, Cami contacted a friend, an African medicine woman named Mbali Creazzo, who told her to give away 29 gifts in 29 days. The gifts, she said, could be anything, but their giving had to be both authentic and mindful. At least one gift needed to be something she felt was scarce in her life.

Many of her gifts were simple—a phone call, spare change, even a Kleenex. Yet these acts of kindness were transformative. Cami has subsequently written a book about how this simple daily practice of giving affected her outlook and her medical condition. Subsequently, over 11,000 people in 48 countries have signed up to embark on their own 29-day giving ritual and raised thousands of dollars for charities.

The life-giving properties of generosity have long been known. Back in 2008, a British government think tank called Foresight issued a report called ‘Mental Capital and Wellbeing’. In the report, giving to neighbours and communities was cited as one of the five critical elements of wellbeing and mental illness prevention. 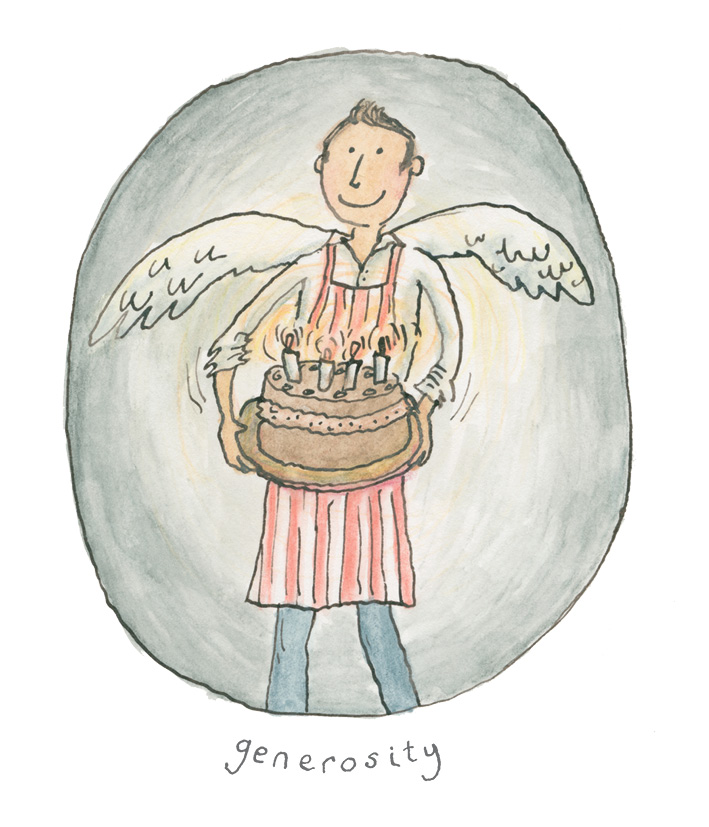 In an article called It’s Good to Give (Ode magazine, Dec 2011 Vol 8, issue 6; odewire.com), author Diana Rico points out ‘…the word community comes from the Latin communis, which means bound together—and that word, in turn, has as part of its root the word munus, meaning gift. So giving is the glue that binds us as a group, creating a system of exchange and acknowledging our interdependence as humans.’

As a final activity in your team this year, you may want to ask each person to think of someone they know who may be doing it tough right now—it could be a family, an individual, a community or even a country. Then choose a card from Angels—the strengths of everyday kindness (published by St Luke’s Innovative Resources and illustrated by Trace Balla) for a gift, strength or blessing you would wish for them.