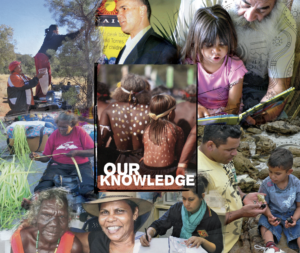 World Bank figures suggest that there are around 370 million Indigenous people worldwide in over 90 countries. While many countries have worked hard to improve the health and wellbeing of Indigenous people, the World Bank notes that most Indigenous communities are still significantly disadvantaged across several domains.

In 2008, Australia committed to reduce the inequality between Aboriginal and Torres Strait Islander people and non-Aboriginal people in relation to life expectancy, children’s mortality, education and employment through the Closing the Gap initiative.

While some progress has been made towards the Closing the Gap goals, many Aboriginal and Torres Strait Islander people have said that they need to have a more significant voice in the process and called for ‘the next phase to deliver a community-led, strengths-based approach.’

In 2017, the Australian government refreshed the Closing the Gap initiative and prioritised putting Aboriginal and Torres Strait Islander people at the centre of the conversation.

‘In a commitment to devolving decision-making as close to the ground as possible, community leaders are directly involved in making recommendations to government about how services and funding align with community priorities.’ https://ctgreport.niaa.gov.au/overview

In Bendigo, Australia, one initiative is trying to put this commitment into action in a very practical way.

Noah’s Ark Inc Bendigo and Communities for Children Bendigo have worked with the Bendigo & District Aboriginal Co-operative and other members of their local Aboriginal community to create ‘Connecting with Culture on Dja Dja Wurrung Country’ – a short video about listening to the voice of Aboriginal families in order to influence system and practice change.

Amanda Lonergan, who leads the Noah’s Ark project as part of the Communities for Children team, talks about how the video fits into their broader initiative.

‘The video is the first component in an evolving toolkit which aims to guide and support services to be welcoming and respectful to Aboriginal families and engage meaningfully with Aboriginal Culture. It focusses on local connection and perspectives.’

The video came out of an earlier project called the ‘Voice of the Family’ which resulted in the ‘Hearing the Voice of the Family: Throw Away the Book’ report in 2017. The report highlighted the fact that many families, including Aboriginal and Torres Strait Islander families, felt that their voices were not being heard in the development and design of services aimed at them.

The main purpose of the video and toolkit is to encourage service providers to think about how they can co-design service by including Aboriginal and Torres Strait Islander people in the development process. The first step in co-design is always to listen.

‘We wanted to provide a safe space for Aboriginal families to offer information that is important to them and their culture.’

Amanda says that she hopes that the video will encourage people to, ‘educate our children, colleagues and community to be open to learning or expanding their knowledge of working and living with our First Nation peoples.’

She said that she learnt a lot from listening to people’s stories but the main take-away messages for people working alongside Aboriginal and Torres Strait Islander families were:

One of the comments that resonated strongly for Amanda came from a participant in a group consultation, who said that they wanted people to, ‘Understand that our past still reflects today’. This was a reminder that the intergenerational impact of trauma and dispossession is very real and should be always be taken into consideration.

The most important message Amanda would like people to take away from the video is,

‘To work alongside Aboriginal families and community members in the service sector is a privilege which should be undertaken with respect, kindness and an openness to listen to what is generously being shared.’ 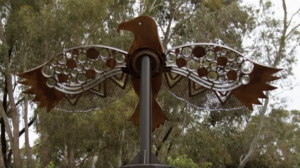 The video is freely available and Amanda encourages people to use it in training, for team/service reflection or orientation with new staff. You can view the video above.

The toolkit will contain resources, contacts, an audit tool, links and more. It will be available in an electronic format on the Communities for Children website in the coming months.

People are encouraged to contribute to the toolkit by contacting Amanda via email: Amanda.Lonergan@noahsarkinc.org.au