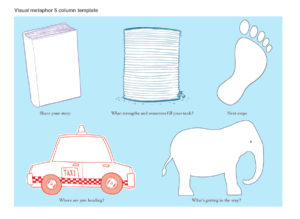 The Five Column Tool is a resource that has been used to structure strengths-based conversations for many years. This versatile tool was pioneered in the 1990s by Di O’Neil, Wayne McCashen and others working at St Luke’s Anglicare (now part of Anglicare Victoria). It can be used to guide a conversation, record key information, name barriers to change, develop a constructive future picture and identify resources.

This simple tool can be used in a range of settings and with people experiencing different life challenges. While it can be done in the traditional ‘five column’ format, it can also be reconceived as a mind map or a collage (where people put images or photos in place of words in each of the columns). Or it could have four or six columns. You can also adjust the headings of each column to suit the needs and language of the person using the tool. (See image above for an example of how we used images from our Paperworks resource to design a unique Five Column Tool.)

Recently, we heard from a psychologist about how she used the Five Column Tool in two different settings – in a school and in her private practice.

As a school psychologist, she says she often works with students who feel stuck and unable to move forward. 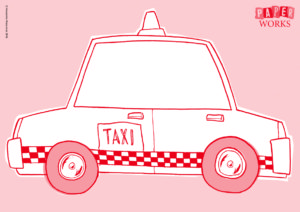 I recently had two boys who were procrastinating about issues that have been long term problems for them, but they never seemed to get to the point where they could clearly identify next steps.

‘Using the Five Column Tool, they were both surprised to find that they already had a number of resources at their disposal and strengths that they could use to help manage the issues.  They were able to identify some clear next steps and went off more confident that they could affect change, and that this would actually make them feel less stressed and better about themselves.’

As a psychologist in private practice, she says she has also found the Five Column Tool, ‘very useful in a couple of quite different situations’.

Here, she describes how she used the tool with a manager working in a government department to talk about how he responded to feedback from colleagues.

‘I used the Five Column Tool with a manager in an IT section of the public service who had been experiencing ongoing stress whenever anyone suggested that there might be a problem with some part of his work.  He was taking it very personally and then reacting to his staff and his managers in an unhelpful way.’

She notes that the tool supported him to become aware of the different ways he responded to feedback in different situations.

‘The process was very illuminating for him because he realised that when a colleague reacted the same way (as he had been reacting) with his team, he thought the reaction was extreme.

‘He noticed, as we moved through the columns, that when he wasn’t directly involved he could 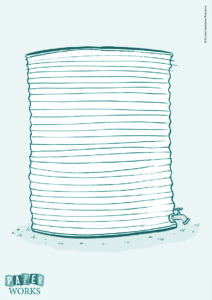 be very objective about the problem and could find creative solutions, but when he was directly involved and felt that people were judging him for making a mistake, he reacted badly.’

She then used the tool to open a discussion about how he might be able to respond to feedback differently.

We talked about the fact that in a previous workplace, his boss often said that everyone makes mistakes. His boss believed that making mistakes was how people learned and it was no one’s fault – my client had found that very liberating.

He decided that he would to talk to his old boss to gets some tips about dealing with feedback. He would then introduce this approach at his current workplace and within his team. He left feeling empowered and confident that he had the skills and strengths needed to deal with new situations in a more positive way.’

St Luke’s Innovative Resources offers a short online course for people wanting to know more about the Five Column Tool. The course includes a brief introduction to strengths-based practice, a couple of Five Column Tool templates and practical tips for implementing the tool immediately in your work with others, or in your own life.

*Images in this article are from our PaperWorks card set. They are not included in the course and can be purchased separately as hardcopy templates or pdf downloads