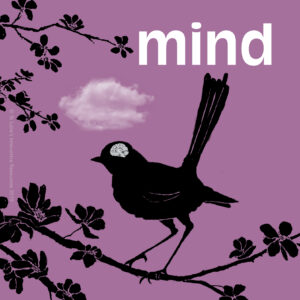 Mindfulness or mindlessness—a battle of the minds?

Everywhere we look these days, we see mindfulness touted as one of the wonders of the wellbeing world. Bookshops are overflowing with books on all aspects of mindfulness. There are books and blogs on mindfulness and running, learning mindfulness from your dog and mindful cake decorating. So many ways to be mindful!

The list of benefits associated with mindfulness is long and illustrious. And to be honest, these benefits cannot be overstated. According to the American Psychological Association, the benefits include:

But if mindfulness is so great, why aren’t we all doing it, all the time?

The reality is, it is easier to be mindless than mindful. Nearly all of us are pretty skilled at being mindless (I would even claim expert status)! And while mindlessness is usually painted in a pretty negative light, perhaps there are benefits to the occasional lapse into this much maligned state? 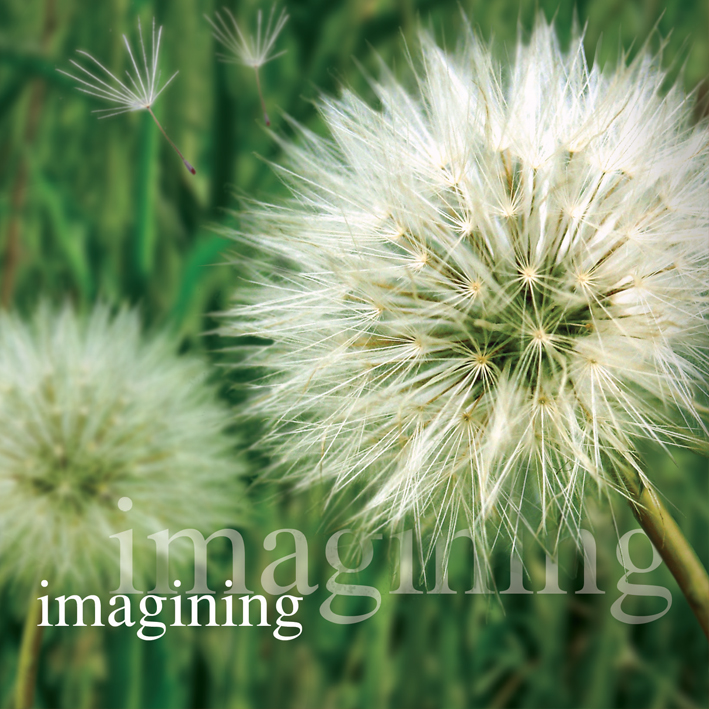 ‘… the quality of being present and fully engaged with whatever we’re doing at the moment—free from distraction or judgment, and aware of our thoughts and feelings without getting caught up in them.’

When we are being mindful, we aim to be in the here-and-now. We try to look past our pre-conceived ideas so that we see things as they are rather than as we imagine them to be.

Mindfulness has come out of Buddhist meditation practices and traditions. Many people think that meditation and mindfulness are one and the same. But in actuality, mindfulness can be practiced in any situation at any time—it doesn’t require us to be yoga-panted, incense-infused or cross-legged!

In fact, according to long-time Harvard researcher on mindfulness, Ellen Langer, mindfulness simply requires us to actively notice new things. The Langley group summarise Langer’s position by saying, ‘The traditional concept of mindfulness sees meditation as an activity you try to embed into your life. In the Langerian approach life becomes embedded in your meditation.’

What do we mean by mindlessness?

Mindlessness traditionally has meant doing things without being conscious of what we are doing. We often talk about mindless eating or mindless violence, for example. It is also often associated with habits and things we do without thinking, like driving or ironing.

Langer describes mindlessness as ‘an inactive state of mind’ in which we rely on preconceived ideas about things so we don’t really see or engage with things as they actually are, only as we remember or have previously defined them.

This can include unexamined assumptions. For example, that the fork always goes on the left and the knife on the right, or that men should put the toilet seat down.

My son recently challenged me about this one, saying there was no logical reason that he should put the toilet seat down. All I could argue in defence of the ‘toilet seat down’ rule was that it was the ‘done thing’ and he would be considered rude if he didn’t do it—and most importantly, it was disrespectful to women to leave it up as women shouldn’t have to touch a potentially pee-covered seat! But he countered by saying that if men had to lift up and put down the seat, they, too, were touching a potentially pee-covered, and bum-touched, seat—so why shouldn’t women? It was ‘the rule’, I said!

Being a highly logical creature with an innate sense of fairness, he decided that, actually, I had no good reason for telling him to put the seat down, so now it is routinely left up. And even though I find this highly irritating, I have no logical reason for making him put it down—it is a mindless rule that has simply persisted. (Sorry to all the women out there—please forgive me for busting this one!) 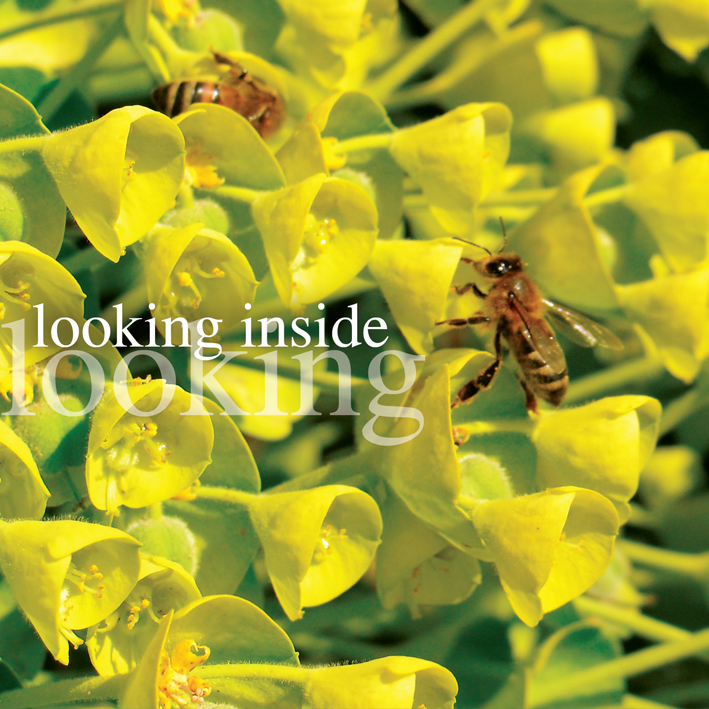 How can mindlessness be damaging?

All jokes aside, there can be some downsides to mindlessness and habitual behaviour. When mindless habits become a way of drowning out negative feelings and experiences, they can become unhelpful and potentially damaging. For some people, these habits can become addictions, like alcoholism, gambling or over-eating. When violence is used against others, it is often done in an impulsive and ‘mindless’ way—this is never helpful or constructive.

When mindless thoughts become ruminating or anxious thoughts, they can undermine people’s mental wellbeing. In fact, negative unexamined or unchallenged thoughts, feelings, beliefs and self-talk can become debilitating and may lead to serious mental health issues.

Mindlessness can also be problematic when we make unexamined assumptions about people or situations. When we fall back on what we ‘know’ we may not be open to seeing the world as it is, which can lead to us having a limited, and limiting, world view: As described in ‘Mindfulness v mindlessness: the art of noticing new things’:

‘When we are committed to a predetermined mindset, the next time we encounter the same thing, we do not explore other ways of seeing things or applications. We miss new perspectives and emerging possibilities. For leaders in the workplace, this can create blinkers that block innovation and prevent people from pivoting in new, more effective directions.

‘By not interacting mindfully with the world around us, we can perform far below our actual levels of intelligence or potential. For example, we can create mindless categories about people that make it acceptable to harm others under certain circumstances; or we make unintelligent choices and experience a loss of control. In extreme cases it may lead to learned helplessness.’

However, I’m not sure this is entirely true. Sometimes, completing repetitive tasks like driving to work or doing the dishes without consciously thinking about what you are doing, makes the task seem less onerous. While on autopilot, we may also resolve many other problems unrelated to the task at hand–an added bonus.

As Sarah Monk says in her article ‘Mindful versus mindless’,

‘…the unconscious mindless processes we all possess should not be underestimated. Being able to use these effectively is key in good decision making and optimal performance especially in complex situations and in promoting creativity. Being constantly mindful simply requires too much cognitive processing power to allow us to do all the things we need to do to function in daily life. We need the mental shortcuts of mindless thinking otherwise we’d never get anything done. Contrary to our instincts, unconscious thinking processes are better at handling and analysing large amounts of complex data, so believing that mindful analysis is always preferable may lead to less effective choices. So mindlessness is good and necessary, sometimes.’

Another reason mindlessness can be valuable is that it gives us a break from our highly outcome-focussed culture. Pizza and a cheesy movie, social media rabbit holes or watching the clouds go by, can all be mindless activities that are great for relaxing at the end of a busy day. A bit of old-fashioned escapism can sometimes be just what the doctor ordered.

(While mindfulness can do this too, it takes practice to get ‘good’ at it, which can make it, paradoxically, another outcome-focussed activity. We may feel pressure to learn, develop, build our ‘mindfulness muscles’. These are great muscles to have, at least as important as the other kind! However, until we have those muscles sorted, it can feel like another thing on the to-do list.)

Daydreaming is another form of mindlessness that is often underrated and undevalued. We chastise children for not paying attention in class and ‘being good at staring out the window’ is definitely not something we would add to our resume. But maybe it should be. While we do need to be able to control our attention at times, allowing our minds to wander can also be highly productive. As the authors of Wired to Create, Scott Barry Kaufman and Carolyn Gregoire say,

‘Many of us know that our best ideas come seemingly out of the blue when our minds are off wandering elsewhere. Idle though it may seem, the act of mind wandering is often anything but mindless. Research suggests that an incubation period of mind wandering leads to improvements in creative thinking.’

So there you go. Mindlessness has its uses after all!

Are mindfulness and mindlessness that different?

Sometimes mindless activities are actually mindfulness in disguise. When we are very focussed on an activity we know well, something that includes repetitive action, like knitting or gardening for example, the repetitive action can feel like a form of meditation—our thoughts are calmed and our mind takes a pause.

An occupational therapist working at a pain clinic once told me that for teenagers, very loud music can function in the same way as mindfulness as it drowns out the negative thoughts and lets the mind rest. Listening to loud music is often viewed as a fairly mindless activity (especially by parents trying to get their teenagers to do their homework!) but maybe we need to rethink this assumption?

In other ways, mindlessness could be considered an aspect of mindfulness. Mindfulness encourages us to let our thoughts drift by without engaging – we just observe and notice. It doesn’t matter what those thoughts are – they could be completely mindless. What is Kim Kardashian feeding her fish this week? What is your nephew’s girlfriend’s last name? Are there sausages lurking in the freezer and will they kill everyone if you cook them for dinner? (OK, that one is a bit important.)

Perhaps, then, mindfulness and mindlessness are just different sides of the same coin?

So what does all this mean?

Let’s be honest. Most of us don’t need much practice at being mindless—it’s a skill most people have mastered. And as we have noted, mindlessness has its place and uses.

Mindfulness, for many of us, takes practice. Our world is geared for mindlessness—it is full of distractions and opportunities to be on autopilot. It feels comfortable and familiar. However, mindfulness has been shown in study after study to offer a multitude of benefits.

So maybe the takeaway from all this is that, like eating green vegetables, we should aim to load up our plates with mindfulness and try to reduce our consumption of mindlessness, treating it like it is…well…take-away.

Self-care for home and work

« A bunch of funny, creative, or just plain strange things our team is doing to survive COVID-19 The power of koalas »
↑